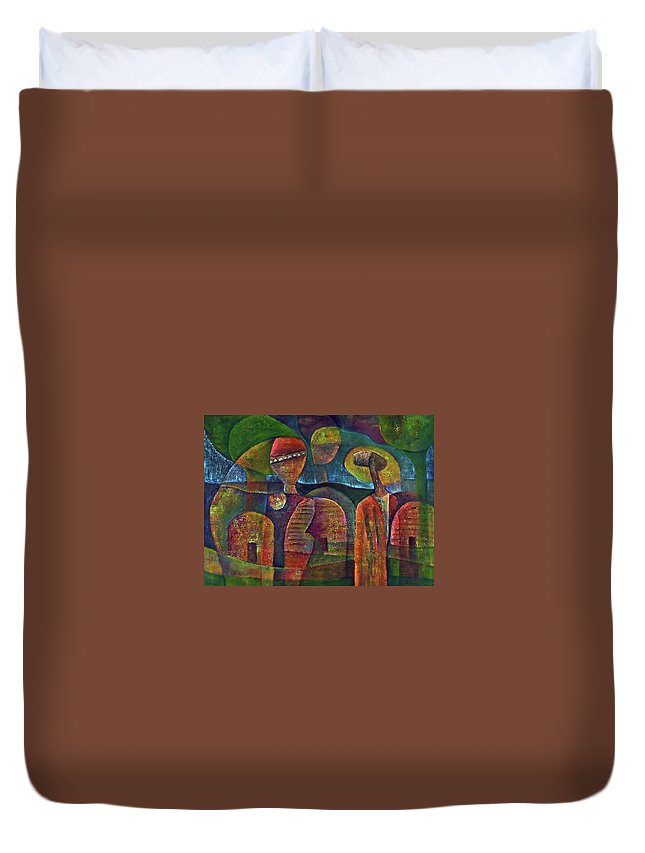 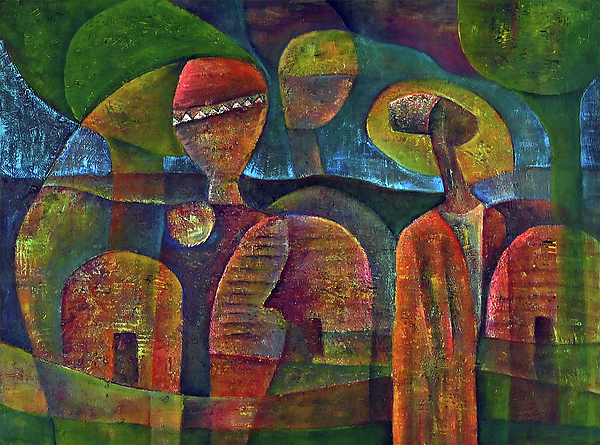 Boundary: Bleed area may not be visible.

Click and drag to re-position the image, if desired.

The image is near the edges of the product but doesn't cover the entire product.   Some of the background color may appear around the outside edges of the image.

Queen duvet cover (88" x 88") featuring the image "Travelers Then Came" by Martin Tose 1959-2004. Our soft microfiber duvet covers are hand sewn and include a hidden zipper for easy washing and assembly. Your selected image is printed on the top surface with a soft white surface underneath. All duvet covers are machine washable with cold water and a mild detergent.

Martin Tose 1959-2004 was one of the “Top Ten“ group of intellectual leaders within the Soweto School of Art 1960-2010 movement. Tose's artworks have one of the most extensive international footprints with collectors across the globe, especially well-liked and sought after in the USA. Martin worked very close with his best friend and mentor Speelman Mahlangu 1958-2004